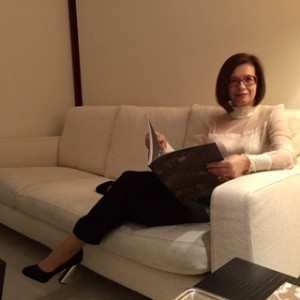 Since the turning of the millennium, there has been an intense debate on whether globalization and its results – mainly, the dominance of the American culture – are mostly a good or a bad thing. Although the power of American media can certainly be of international influence on both culture and traditions, it is also true that globalization incorporates a great variety of processes. The domination of small countries by the Western culture and lifestyle is negative, while the enhancement of cross-cultural understanding and appreciation is surely positive.

One of globalization’s main advantages for the smaller countries is that they can have access to and be influenced by a wide range of media which provides people with more aspects of every happening. In the same way, national barriers can be broken down on a global scale, and the world can become a global village where both information and culture come into sight everywhere. Differently put, the promotion of culture can work both ways. It is evidently beneficial to be exposed to different peoples and their cultures, have the chance to hear foreign news bulletins, listen to foreign music and admire foreign art of every form, to name but a few. Furthermore, technology has allowed a mixture of cultures through cable television systems and of course, most importantly through the internet and the immeasurable cellphone applications. Equally noteworthy is that globalization is mostly encouraged by young people, which may be an effect of the new technological inventions.

Despite its many advantages, however, globalization brings along several drawbacks. First of all, Western culture is clearly prevailing globally with the American culture spreading fast and easily worldwide. That is to say; there is a significantly uneven promotion of other cultures. Secondly, the smaller nations are unable to compete with the economy of the West, which has far superior financial resources than them. Last but not least, people tend all the more to neglect their customs and traditions, owing to young people being many times too open to foreign media influences. The ancient customs and traditions are likewise weakened, probably even more than the current ones. Thus, the national identity is weakened as well and threatened to be forgotten.